NSL and the Telecoms Industry – A review 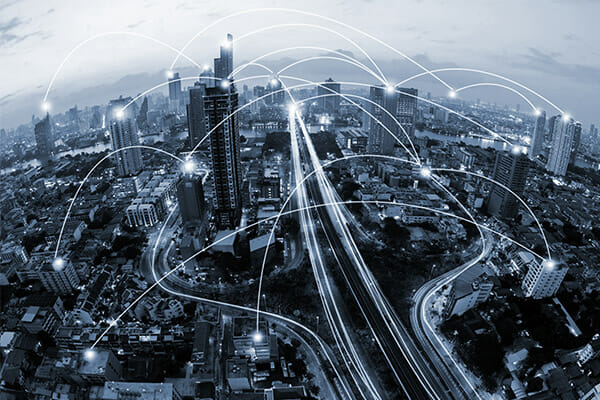 NSL Telecoms, have stepped in to 2019 following a busy 2018, both in our own business but across the industry. As we embark on a new year, we have taken the opportunity to review the last 12 months and some of the major news from the sector.

According to Tech Nation’s 2018 report, the digital tech sector is expanding 2.6 times faster than the rest of the UK economy and is worth nearly £184 billion to UK economy, up from £170 billion in 2016.

Telecoms itself has been part of some challenging but exciting times over the last 12 months. The Spring Statement initiated the Government’s plans to improve the UK’s digital connectivity by allocating over £95 million across 13 areas of the UK including Manchester, Coventry and The Highlands. Then, in July, the Government published a new strategy for the UK’s full fibre broadband future. As part of its Industrial Strategy, the Government has pledged to provide full fibre broadband coverage across the UK by 2033.

Early 2018 also saw Ofcom commence the auctioning off of 5G spectrum as the commercialisation of 5G technologies draws ever closer. In other areas, GDPR came into effect on the 25th May 2018, affecting how organisations hold, acquire and process data.

One of the most impactful changes announcements was that Openreach are leaving the voice market and ceasing to supply ISDN lines from 2025 as they move to an IP-based model of voice communication. Vodafone are also terminating ISDN lines (Cable and Wireless) with their existing network closing during February 2019.

The change is being led by the telecoms industry, not the government, but it is supported by Ofcom and BDUK. This means that there is much to be decided with current and future plans changing. We published an article on this in 2018 which can be read in full here.

Since being founded in 1996 with the mission to become comms experts for companies without Telecoms Managers, NSL Telecoms have also come a long way.

We experienced an incredibly successful IP Expo in October 2018. We took the opportunity to explore the market, develop relationships and make new contacts. With access and insight into the latest technologies from some of the world’s most influential vendors and speakers, it was the perfect event for NSL to exhibit and demonstrate our own products and services.

Over the last 12 months we have increased our product portfolio, worked with existing clients and introduced new customers to our business. As a result of the Openreach announcement regarding the termination of ISDN, NSL have already commenced work on the transition plans for customers to ensure our support package reduces risk to businesses.

We start 2019 with plans in place to exhibit at British Insurance Brokers’ Association (BIBA) 2019 on the 15th and 16th May. The event is held at Manchester Central with this year’s theme being ‘Leading the Way’. Read our blog on the event here.

Across the industry we expect to see calls for vital investment in the 5G infrastructure, the rise of IoT and an improvement in the in-store experience on the high street in order to ensure survival. There will certainly be a growing demand for data and the telecoms industry will play a huge part in enabling this.

2018 was a challenging year but 2019 looks set to bring its own challenges to the industry but are very much looking forward to playing our part in this ever changing sector.

To discuss your products with NSL Telecoms call 0345 678 6646 or alternatively email info@nsltelecoms.co.uk.